A place to find God in the middle of finding God 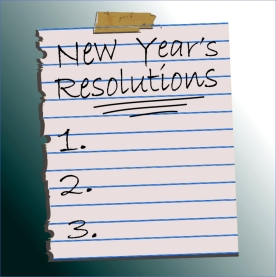 It’s officially New Year’s Eve. That time of year that beckons us to pause for reflection of the past year and make hopeful prospects about the future year. Your past 365 days were probably filled with amazing experiences and people you hope to bring into the new year as well as regrets, hurt, mistakes and pain that you hope to bury under the tombstone of 2015. As I think about the things on both sides of the spectrum I’ve encountered, it gets hard to want to make a resolution. This generation of humans already adopts a negative and pessimistic attitude towards the idea of making resolutions. Statuses like “new year, new me” get immediately met with insensitive jeers and unnecessary criticism. No one believes things or people change anymore. And if we are honest, we wrestle with the same doubt. That sin you pledged last year to avoid this year seems to have only gotten worse; that goal you wrote on your vision board seems just as far away, if not farther, as when you wrote it last year; that dream you had and worked so hard to make come to pass, just didn’t. As humans I think we naturally let our failures and mistakes shape us more than anything else. This is probably why there is such negativity towards resolutions and anyone or anything associated with them. But I don’t think it has to be. In fact, I think the way we have been looking at resolutions may be all wrong.

The word “resolution”, defined as “a firm decision not to do something”, comes from the word “resolute”, meaning to be firm, unyielding, and determined. The very source of your hopelessness in making resolutions probably comes from retrospectively analyzing last year and recognizing that you aren’t very good at firmly deciding to do or not do anything. But I think we have forgotten to incorporate a very necessary trait when we make a resolution. I believe we have forgotten to be resolute in our resolutions. What if, instead of focusing so much on making sure we fulfill the resolution, we instead focus on making sure we are resolutely resolving to be firm, unyielding, and determined in pursuing the resolution? What if the success of a New Year’s resolution is not measured in if we obtained the prize, but in how well we strained towards it this year?

For the Christian this should sound familiar. In Philippians 3:12-14 Paul sets the attitude  all Christians should have for goal setting by showing us the attitude we should have towards the eternal goal of the Christian. Paul, in the previous verses, talks about our righteousness being found in Christ alone, not in the flesh as some people in that time tried to bring into the church. Paul gave a very extensive list of reasons as to why if anyone was made right with God by “right” deeds he would be first in line (vs. 4-6). But, counting all these reasons as worthless when compared to knowing and being known by Christ, Paul know strives towards a different goal. He strives towards a greater, deeper, more intimate knowledge of God. He wants more than anything to taste the power of Christ’s resurrection, even rejoicing while sharing in Christ’s sufferings to attain this goal. Paul’s New Year resolution would, without a doubt, be “Get to know God better” annually. But notice in the next couple of verses how Paul sets us the perfect attitude to have for resolutions:

“12 Not that I have already obtained this or am already perfect, but I press on to make it my own, because Christ Jesus has made me his own. 13 Brothers, I do not consider that I have made it my own. But one thing I do: forgetting what lies behind and straining forward to what lies ahead, 14 I press on toward the goal for the prize of the upward call of God in Christ Jesus.” (ESV).

Forget and Press on:

One thing Paul is saying in these verses is that although he desires this greater and deeper knowledge of Christ as well as his own resurrection one day, it is not a goal he has perfectly attained yet. But how does he act towards this goal he has not yet reached? He forgets what lies behind and strains forward. Brothers and sisters, our resolutions, much like our relationship with God through Christ, requires forgetting the previous and straining towards what is to come. From the beginning, God has been about “out with the old, in with the new”. As Christians, we who were dead in our trespasses have now been made alive to God through faith in Jesus Christ (Eph. 2:1-8). The old has passed away and God has made all things new (2 Cor. 5:16-17). This includes the upcoming year. You want to be resolute in your resolutions? Leave what happened this year in the past and strive with the power of God towards the goals He has set for you. Forget and press on. Paul says its the one thing He does. If we make resolutions for upcoming year while holding on the stench of failure of last year, we walk in defeat before the clock even restarts. Brothers and sisters, the tomb is empty. He is risen. There is such a thing as a new beginning. It does not come by ease. It does not finish on the first try. It comes through continuous straining and pressing. And so do your resolutions. This means if you make a resolution on December 31st and break it by January 1st, forget and press on. Broke your diet a week after making it? Forget and press on. Slipped back into patterns of sin you swore to overcome? Forget (by way of confession and repentance) and press on. Promised yourself to get healthier but you’re already burned out? Forget and press on. The goal of a New Year’s Resolution is not to keep it perfectly, but to keep it resolutely.

The hope for our resolution

When God is the setter of our goals, we have many promises to hope in during times of discouragement. God has said all His promises are yes in Christ Jesus (2 Cor. 1:20); that He who started a good work in us will see it to completion (Philippians 1:6); that He is constantly changing us one degree of glory at a time (2 Cor. 3:18); He holds all things together through Christ (Colossians 1:17); that it is by His power we are enabled (Philippians 2:13; Colossians 1:29), it is through Him that we can do all things (Philippians 4:13), and it is Him who is able to keep us from falling (Jude 1:24). As a believer, you have the promises of God through Christ to lean on throughout the year and for all of eternity. Christ is your resoluteness. Christ is your perfection. And it is through the Spirit you are enabled to keep your resolutions.

I thought I would end this post giving my personal resolutions for next year. I do not have a long exhaustive list but just 2 that came to mind.

I have a bad habit of chasing after things I know are against God or that are simply not good for me. That includes people. The Psalmist wrote in Psalm 16: 4 that sorrows are multiplied when we chase after other gods. I know this firsthand. This year I want to be more open-handed with the things of my life. With all of my life. I want to give God my all, including the little extra I keep hidden behind my back just in case He doesn’t come through. This type of trust includes not going places with people He has told me not to go. Let God set your goals.

This year has been exhausting! Between new responsibilities at my job, increased involvement at church, and the day-in, day-out wrestling with my flesh, I’m tapped out. This year I want to learn how to rest in God while forgetting and pressing on. I am always reminded of the parable in Matthew 8 when the storm is raging, throwing the disciples in every direction. While all this is going on, Jesus is fast asleep in the boat of the boat. It is a beautiful example of the ability to find rest in the midst of the storm. Before God calms the storm, He wants to rest in Him during it. I want that rest. I don’t want an easier year (but won’t complain if I get one), but I surely want a more restful one!

So as we go into this new year, let us remember: Its not about perfection and finishing, its about resolutely straining. Forget and press on.